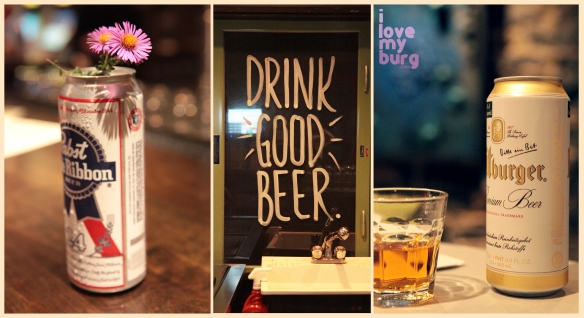 In the car on the way there, we listened to some Johnny Cash. “Cry, Cry, Cry” came on; Bree asked, “Why does this song have to be so sad?” Because it does, I told her. Because it’s raw. Because it’s how he felt at that time, with no shiny gloss or double talk or self-pity. “He wants you to feel what he felt,” I told her.

We were on our way to Honky Tonk Happy Hour at the Blue Nile, hosted by DJ Real Gone (a.k.a., Jason Summer), and I was bracing myself for the likes of George Jones, Kitty Wells, and Buck Owen… songs about love and betrayal, about heartbreak and loneliness, about drinking and riding your lawnmower to the bar.

We arrived and there was Jason, ready to spin some old time, twangy vinyl… not behind the sound booth, but instead under the bright lights of the stage, where those musicians infinitely deserve to be. 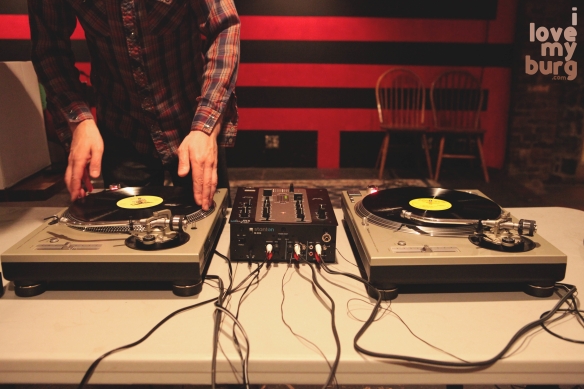 He carefully thumbed through the albums which no doubt have brought him solace, hoping perhaps to transfer, through needles and grooves, the same impression to us. 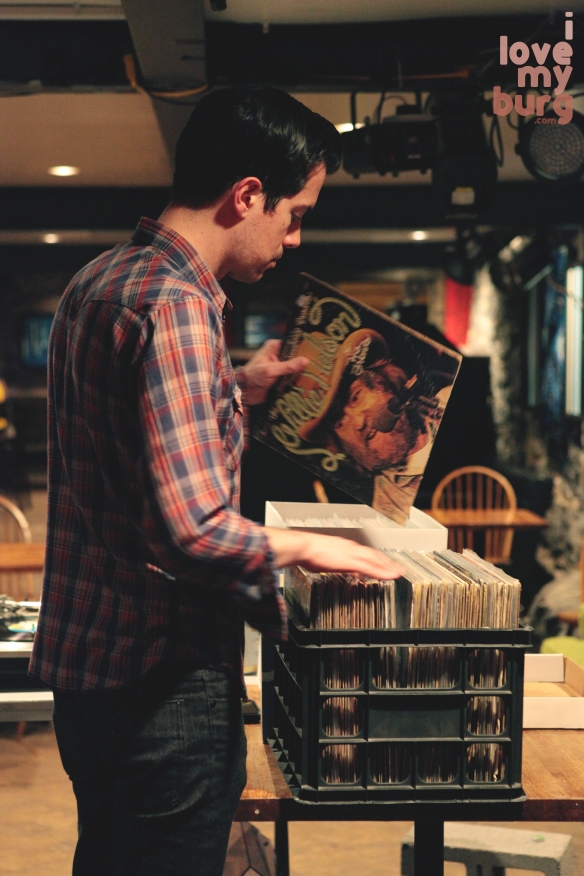 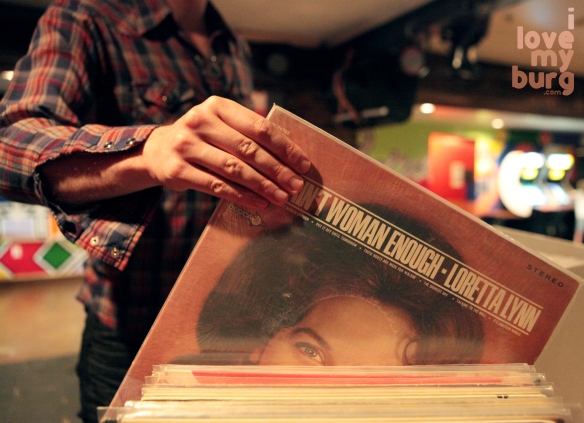 Customarily, my kids started running around, and I sharply snapped, “Stop running! Where do you think you are??” To which Cal replied, “I really don’t know.” Fair enough. A few minutes later, Cal asked Brandy and me for “a tape.” “Tape? What do you need tape for?” “No,” he said, “a tip.” Ah. Money for the bowling video game. 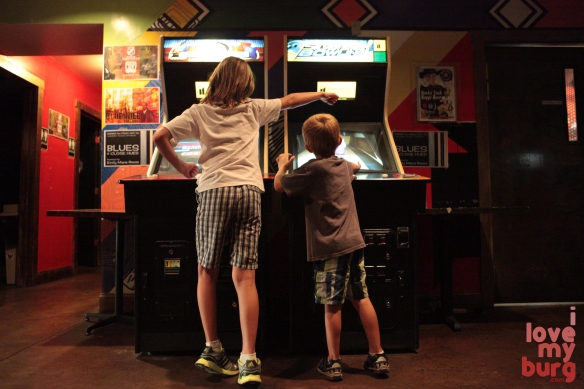 We sat at the bar and listened to the full-bodied words of Loretta Lynn, Johnny Paycheck, and Hank Williams, and felt strangely uplifted. It’s like reading a book with a plot that just worsens and worsens, and at the end there’s absolutely no redemption. Most people like a happy ending. But unhappy endings make you feel better about your own reality. 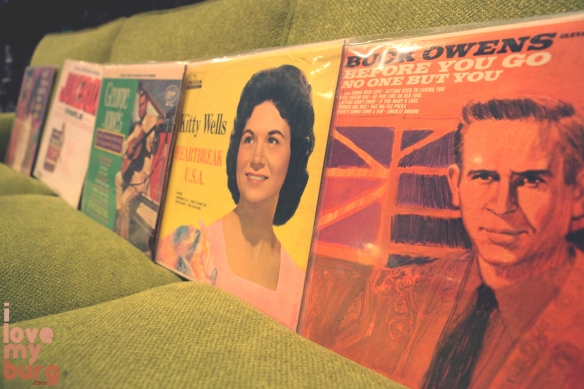 This is not to say that all the songs were “sad.” Not all of them put a tear in your beer. Some were funny, some were romantic, some were feisty. But none were understated or devoid of intent. Music back then was simple and straightforward, both instrumentally and lyrically. Meant to be heard and listened to, not just enjoyed as some kind of sedating backdrop. People think music today is “explicit”… but vacantly, meaninglessly so. These old songs have an inescapable intimate quality that make one’s eyes moisten and one’s heart sting. These tunes SAY something, and often it’s something we really don’t want to hear because we already know it’s true. They not only shine a light which provides a path through the darkness, but which also causes our scars to glow white hot. And when everyone around you glows like that, you know you’re not alone.

You can catch Jason this and each Wednesday in the basement of the Blue Nile from 7 – 9pm. Leave your thick skin at home. It won’t work. 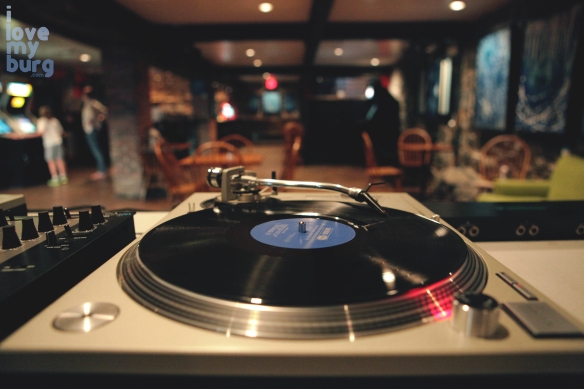 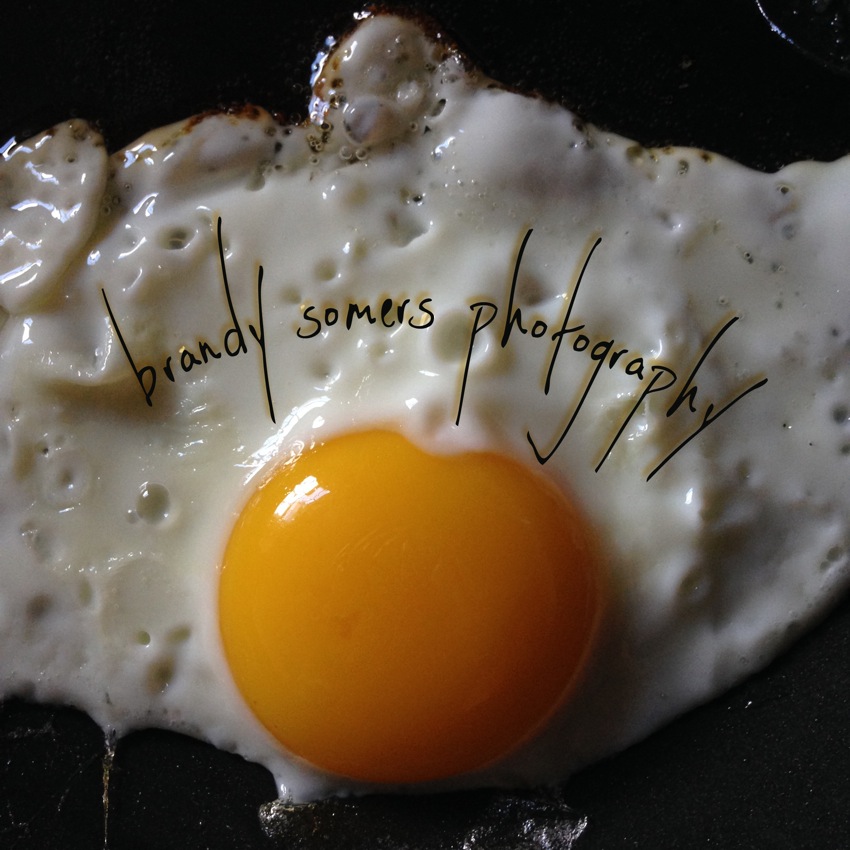