Harrisonburg is so awesome that Brandy and I will never run out of material for this blog. I think I speak for both of us when I say that we feel–not as bloggers, but simply as citizens–a slight pressure at times because there are soooo many things to do here–some are well-established traditions, and some are fledgling endeavors–all spearheaded by super creative, ambitious people and attended by an active and supportive community. And that’s the formula right there: ideas + support = action. We have a lot of “action figures” in this town.

A week ago, Brandy and I and the four kiddos attended a promo party at Capital Ale House for a brand-new Harrisonburg event, the Valley 4th Run. Also in attendance were Anna and Greg Pelletier with their sweet baby boy (I was so glad to hold that little bugger. He’s adorable, and cuddling an infant every once in a while quells my impulse to have another of my own.) In fact, there were lots of people with kids at the promo party, so I didn’t feel too awkward about mine being there… until the bartender had to tell them to quit running around so much. Eeeek. Brandy and I herded them into the empty room adjacent to us so no one else would have to witness their naughtiness.

I was starving, so we sat down with a beer and an appetizer. Live music was provided by Colin Wright and his guitar. We later learned that he’s part of a group called Doctors Without Borders, and he was in the ‘burg for just a few days between assignments (another H’burg action figure). Anyway, we nibbled, enjoyed the music, and mingled with some of the many folks who came in to sign up for the Run. 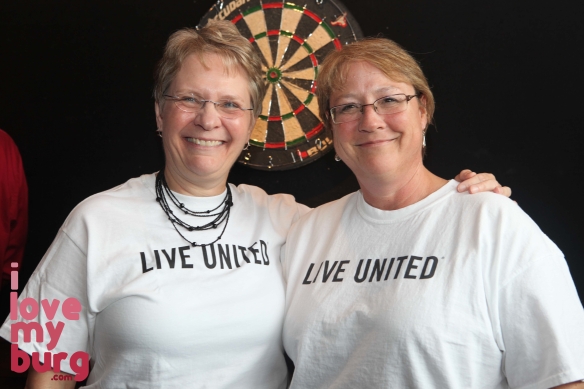 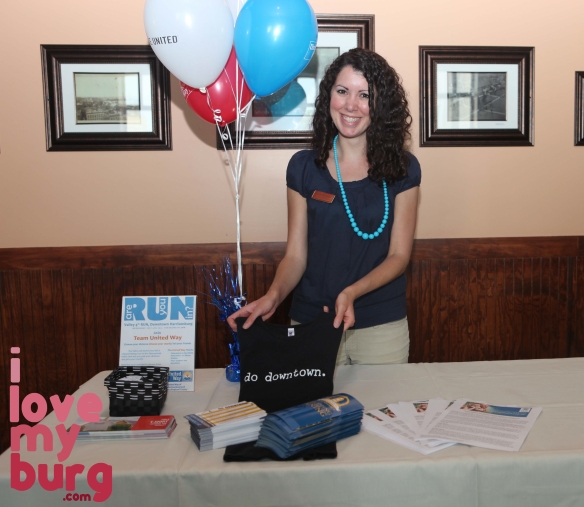 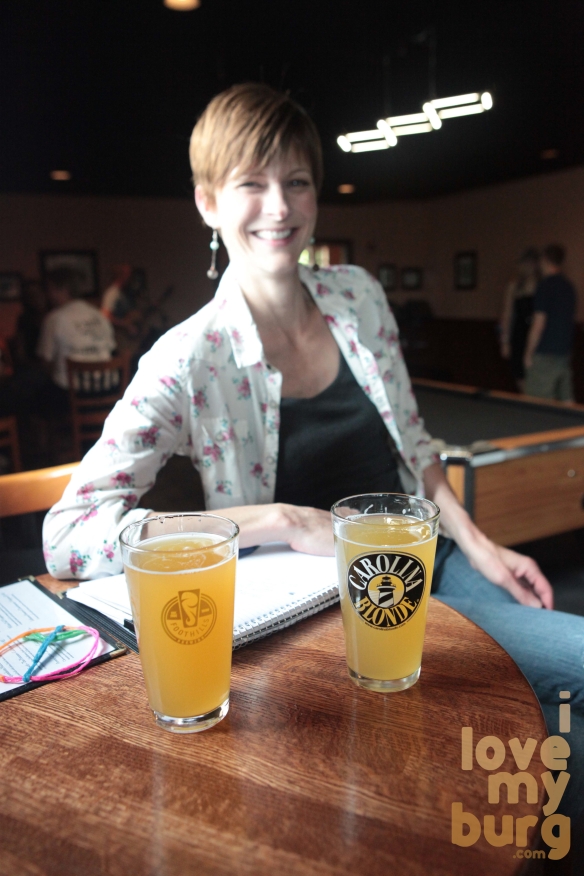 All of the races are contained in the area between the monument in front of Harrisonburg Baptist Church, and Chanello’s Pizza, near the Local Chop and Grill House. Here’s a map of the routes if you want more detail. Kevin plans to line the routes with four or five local bands, encouraging fans, and maybe even some cheerleaders. If you’d like to help with sideline activity, contact Kevin–I’m sure he’d appreciate the volunteers. The race ends at Turner Pavilion, just in time for Beers ‘N Cheers in the Park (race participants get a beer and hotdog ticket!), AND, if you want to make a day of it downtown, you can stick around for the Valley 4th parade and fireworks! Could you even imagine a better day in Harrisonburg? Geez–it’s almost too awesome. So this Fourth of July, get out of the rat race and run for someone else’s life that day. Let’s make this event a Harrisonburg tradition! 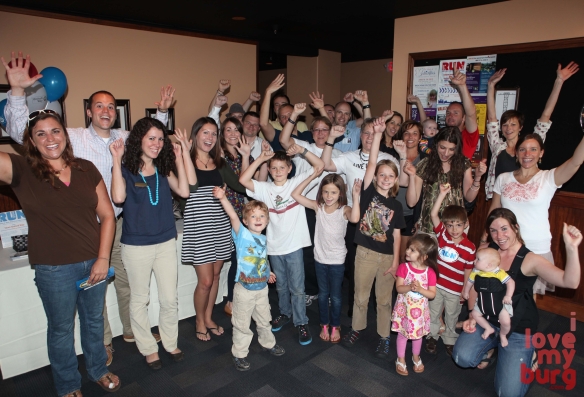 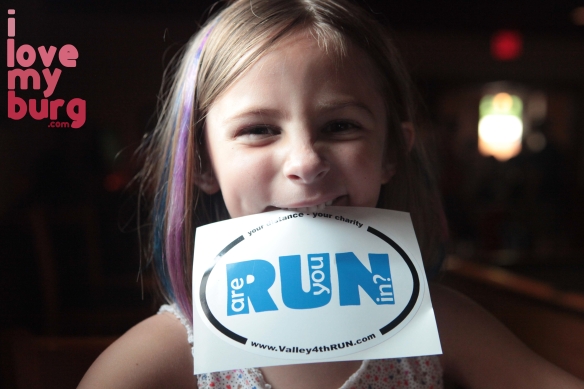 running is good for you.