After having attended the Rocktown Beer and Music Festival all four years, and having documented it on this site for three of those four, I’ve come to understand that the Beer Fest — now a beloved Harrisonburg tradition — is really just a large family reunion, minus the awkwardness. Beer is the ultimate social lubricant, after all.

You won’t run into eccentric relatives, like your Aunt Norma who always asks, “When are you ever going to have a baby?” Or your great Aunt Phyllis who’s determined to tell you about all twenty-three of her cats. Your teenage niece, who was so cute and fun at the last reunion but is now all brooding and angst-y and Snapchat-y. Or that relative you don’t know at all, who’s parked himself at the chips and dip. And Aunt Norma’s new hubby, who sneaks out to hide in his car until it’s all over.

Nope. You won’t find any of that at the Rocktown Beer and Music Festival. But here’s what you will find.

1. Your buddies. You’ll see people you haven’t seen since last year’s Fest, and people you just saw yesterday. I run into my old friend Melissa every single year. I worked with her ages ago at Clayborne’s, and I never, ever see her anywhere… except the Beer Fest. 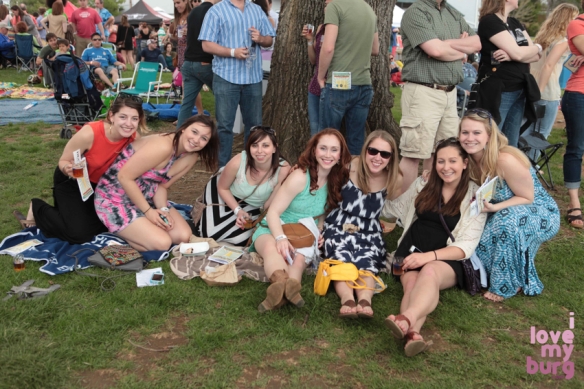 2. Music. This year, Rocktown Beer and Music Festival welcomed three bands: Harrisonburg favorites The Deadmen out of DC; the mood-elevating Bronze Radio Returnfrom Connecticut; and the versatile jam-band out of Baltimore, the Kelly Bell Band.

3. Food. Patrons enjoyed delectables from Clementine, Jack Brown’s, the Local Chop and Grill House, and Union Station. This is some of the best food in the city, making the Beer Fest way classier than your family reunion at picnic shelter #4, no offense.

4. And finally, duh, the beer. More than thirty breweries to sample, including seven from Virginia: Blue Mountain Brewery, Bold Rock Cider, Champion Brewing, Devil’s Backbone Brewing Co., St. George Brewing Co., Three Notch’d Brewing Co. (who just opened at tap room here in Harrisonburg, in the Urban Exchange building!!), and our hometown heroesThree Brothers Brewing Co. I’ve been thinking about those small mugs the Beer Fest gives to its guests, and I’m just gonna put this suggestion out there for what it’s worth. Some people like a wide variety of beer and like having ten 4-oz samples. However, I’m an IPA fan, and I would appreciate being able to get an 8-oz mug filled five times, since I know I’m sticking to IPA. Maybe in the future, we can select our preferred mug size when we order tickets? 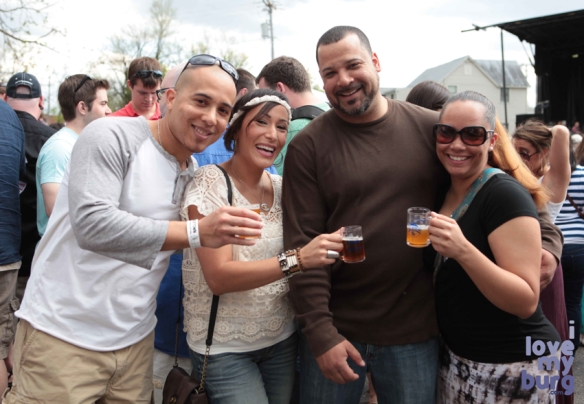 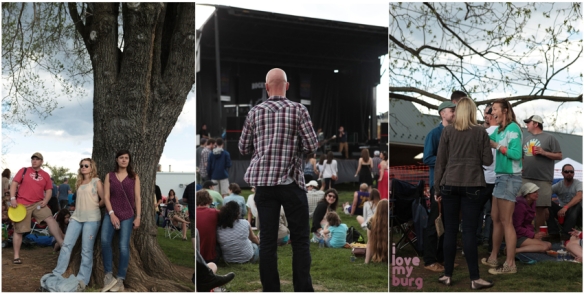 5. The staff. You get friends, music, food, beer, and people who will help you. The Beer Fest’s more than 150 volunteers keep the lines moving, the music playing, and the place clean and safe. 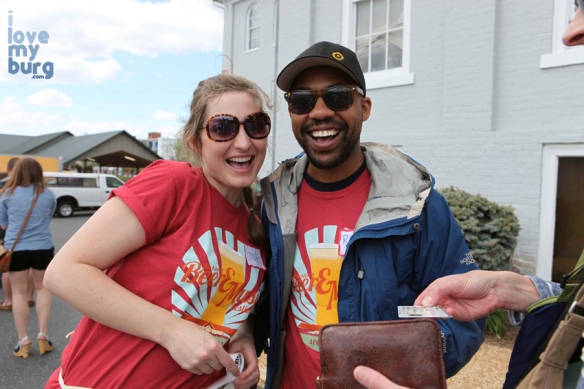 And now here is something exciting: Rocktown Beer and Music Festival Fall Edition!! Yep! September 20, 2014, come on down to the Turner Pavilion for another festival. So far they’ve lined up thirty breweries; the band lineup will be announced by June 1st, and tickets go on sale July 1st. And hey, maybe Harrisonburg’s newest brewery, Pale Fire Brewing, will ready by then! If you ask me, I think it would be wise to just go ahead and have your family reunion here. Everyone will get along much better, trust me. 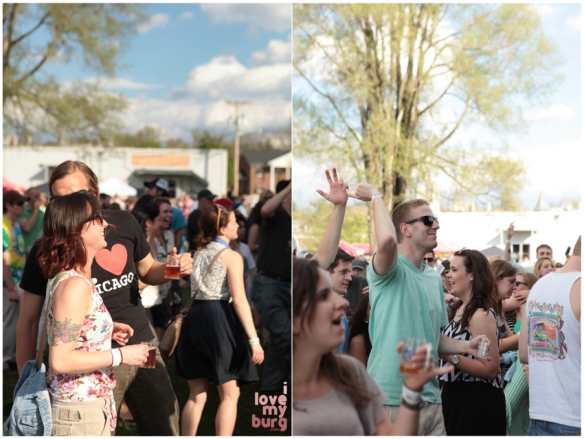 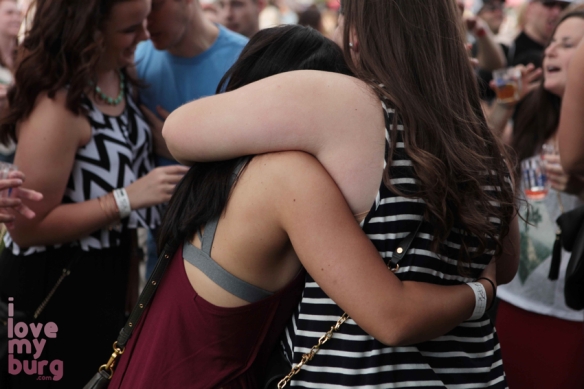