A couple weeks ago Brandy and I were invited to a really special event: the first of what Megan Tiller hopes is many, many more “pop up shows” to come. Megan’s owned her own business, Tiller Strings, for a few years now. She specializes in stringed instrument sales, rentals, and repair, strings and accessories, Suzuki materials, books and sheet music, and even lessons. She makes a conscious effort to partner with local luthiers, craftsmen, and other musicians as much as possible, and she’s made a name for herself in the business of stringed instruments. However, because she doesn’t have a store front, there’s one thing she had struggled to offer until recently – live music performances. Rather than let her building limitations constrain her desires, she reached out to local folks who wouldn’t mind hosting a “pop up” show at their home… and she found such generous folks (thanks, Joelle and Tom!), and then she reached out to a bluegrass outfit and they agreed to come!

And so it was a thing. A thing at The Farm at Willow Run, where people brought kids and dogs and food, and where we ate and chatted and strolled around the property on a cool, sunny day. It was a casual affair, so no one was really worried about the time, but when the band, Bradford Lee Folk and the Bluegrass Playboys, hadn’t arrived by 4:30, we began to casually wonder if they were all right. After all, they were coming directly from the East Village in New York (which, according to Folk, has “infrastructure like Baghdad”) to a patch of unmarked farmland in small town Virginia. As guests continued to arrive, there were reports of a slow-moving white van bouncing along the country lane, and before long the Playboys stumbled upon the party. 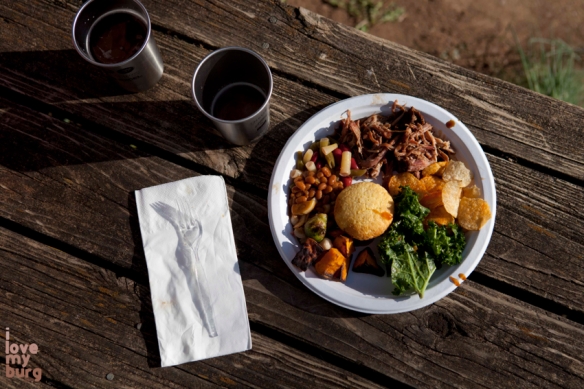 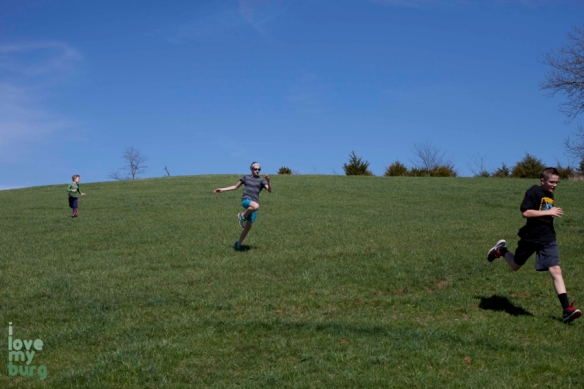 Megan cleared a space for them to play in the farmhouse’s charming and century-old parlor. She crammed as many seats as she could into the space, and it was truly the perfect venue for the four-piece band out of Nashville. Bradford Lee Folk (aptly named) sings and plays guitar; his bandmates – Nathan Swartz on mandolin, Robert Trapp on banjo, and Daniel Hyberger on double bass – bring decades of experience and musical precision. At first I think they were a bit surprised at the locale — there was no stage, per se, no microphones or amplifiers, and the chairs didn’t match, yet they seemed impressed that a bunch of people drinking beer in a farmhouse would clap for them. People sat with plates of barbecue in their laps, tapped their feet, and listened to Bradford sing about loneliness and isolation, fear and faith, and love and innocence. The absence of a microphone caused Bradford to step in front of the instrument voices singing behind him… his voice is clear and pure like gold, but it also has a quiet, child-like quality. The lyrics are so solid, the themes so relatable, that he doesn’t need to shout… and his crisp, shiny voice blends in with the band like a warm violin.

The band played three sets — one before supper, then a couple afterwards — and included several songs from their new album Somewhere Far Away (which they brought with them to sell, along with stickers and hair combs). They sang about the loneliness of the road, about the fear of taking chances that might “come undone” in “The Wood Swan”; they sang about the majesty of love, even when it seems a “foolish game,” or even when part-time love is all you can get. They sang about the isolation of Daniel’s lion’s den and the faith required to escape it: “Walls of stone, all alone/Hard to find a friend in the lion’s den.” And in my favorite tune of the evening, they sang about “a little bit of everything” and advised us, “If you can give yourself to someone, you should.”

Before long we were full of food, bluegrass, and joy, and it was getting on time to go. The kids were energized by the experience and by each other’s company, but I could tell they were getting tired. Plus, everyone was filthy and needed a bath before another busy week started the next day. On the way out, my son said, “Do we really have to leave this place? Where the wind blows and the music plays?” 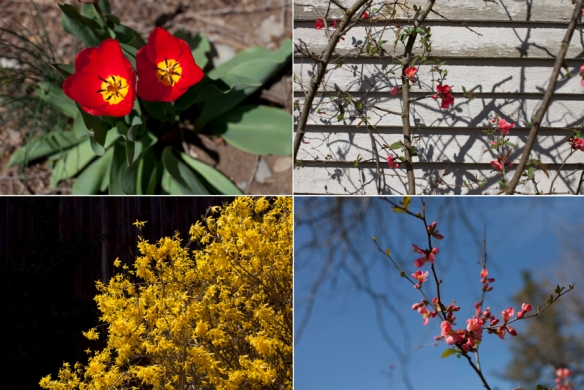 Coming up, Bradford Lee Folk and the Bluegrass Playboys will perform in Nashville in early May, but if you can’t make that trip, you can buy their latest CD online. And keep your eye on the Tiller Strings FB page for the next pop-up show! For information about Tiller Strings’ services, you can visit the web site or email Megan at info@tillerstrings.com.

1 thought on “take your pick: bradford lee folk and the bluegrass playboys.”