When a friendship is forged in disaster, I think it means more.

It’s easy to be friends when life is sweet, when things are looking up and laughter is the norm. When life is good, our edges are smooth. We appear peaceful and benign. We radiate contentedness. We’re easy to approach, and easy to spend time with.

When life turns sour, as it does for us all from time to time, our ugliness hangs out. Our bitterness rises up, our tempers flare, our patience recedes. We go to bed worried and wake up sad and are just AWFUL to be around.

Anyone who would love you at your absolute ugliest is the truest form of friend there is. I keep using “we” and “you” as if to exclude myself from the very idea I’m writing about. So let me rephrase that. Anyone who would love ME at my absolute ugliest is the truest friend I could have. And I’m lucky to have a few of those precious people in my life. And my most dear friend, Brandy Somers, entered my world when I wasn’t exactly at my prettiest, and she recently complimented me in a way I wasn’t expecting. I knew she was putting together this massive photography show called Some of My Parts, and I knew she needed a photo of me for it, but it wasn’t until I was there, at the Blue Nile, looking at eighty-some photos on the wall, that I fully understood.

Her idea was to portray her life’s timeline through photographs. When we think of a timeline, we think of major events along a linear path, marked by years divided into neat increments. But life is so much deeper (and messier) than that — life follows no two-dimensional line… and really, it’s not the events themselves that are important; it’s the people involved in those events. So she made this list of, like I said, eighty-some people who held an important place on the timeline of her life, and she contacted them all and asked to take their pictures. She traveled all over the place, literally hundreds if not thousands of miles, to find each person and take a NEW photo. For mine, it was easy: she just walked the two hundred steps from her classroom to mine and clicked the camera. But some people on her list were in Alaska! Australia, even! So she had to get creative there. And some people had already passed… so she assembled a collection of things that represent those folks and snapped a photo of that.

Then I realized my portrait would be hanging among all these other important people. Really? Me? But… she’s seen all my ugly parts!

Every single photo is captioned. She showed it to me later — it’s FIFTEEN TYPED PAGES of captions she wrote. Mine says this:

Like two thorny roses rising from the ashes…that pretty much describes the start of our friendship. We experienced similar let downs around the same time in life…and Katie was my go-to, my levelheaded rock. She is a wonderful friend, teacher and mother. I love her so much I could start a blog about our friendship…oh, wait…we did that.”

I was so nervous to read my caption! (It seems so silly, but… well, you’ll understand in a minute. Stay with me here.) My face hung on the wall amid dozens of others, and I liked seeing it. Although my crows feet have deepened, my eyes are still bright, and I think I looked how I feel I look when sitting across from my best friend: safe, loved, and of course, a wee bit amused.

The whole process, naturally, got me thinking about my timeline and the people who would be on it. Of course my parents, who were present at most every major event in my life… my best childhood friend Kathy, who would ride bikes with me down to the creek, whose mom took us to see Dirty Dancing at the theater, with whom I’d stay up ALL NIGHT eating Twizzlers and playing Missile Command, Space Invaders, and Yars Revenge. And even my bully in middle school. I’m pretty sure he ending up killing someone and is still in jail. But he certainly made his mark on me, and he’d have to be on my timeline.

When you scroll through these portraits and read the captions (and this is just a tiny portion of them), no doubt you’ll be touched. But I struggle to describe the effect of them all, hanging together on the wall in a small space… all the faces gazing out collectively at the viewers… echoes of memories past and voices present. A collision of time and space.

Shawn Nicholson: cousin.
When I was little, I thought Shawn was the coolest.dude.ever. I was annoying and he put up with me and made my days more interesting. I feared death a few times riding in his Mustang…then there was that time he shot me…but other than that he protected me from the world with his real advice and stories of trial and error.
Just for you, cuz: BB to the butt.

PLUS, realizing that a good many people featured in the show are actually standing in the room with you. Everyone seeing double! It’s possible Brandy was the only person there who knew all the people there and on the wall. I probably knew twenty-five percent: most of these folks were strangers to me! How could I not know more of them, when they are so important to someone who’s important to me? But we ALL knew that everyone in that room was important to this woman’s life, and she took great pains to honor that.

Lori Simmers: former classmate.
Lori and I went to high school together. When we graduated, Lori married her high school sweetheart and asked me to photograph their wedding. She believed in me and that stands out. I shot her wedding (my first wedding ever) on a Canon film camera. 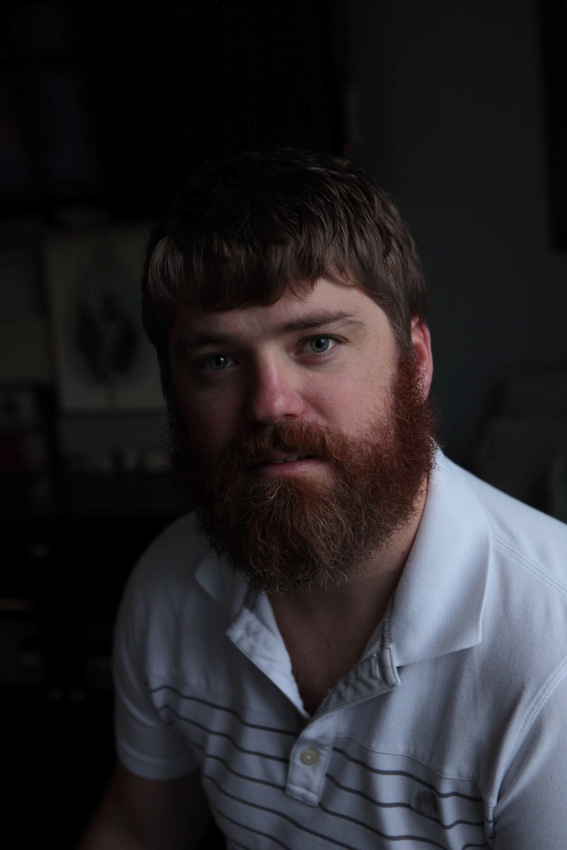 Lee Parton: friend…damn near brother.
My brother-from-another-mother for sure. Lee and I met and became insta-friends my freshman year at JMU. The bond was familial from the start and all the ups and downs in both our lives have only brought us closer. We have survived being roommates twice…I’m still not sure how that was ever possible.  Lee probably doesn’t know it, but I may not have made it through my first year of college without his push. I admire his determination. He is a fighter, in the best of ways.
Just for you, Dawg: Professor Parton…I need mah keys!

And so lots of people who’d never before crossed paths — ever — met each other that evening and came to understand where they stood in the story of Brandy’s life, in relation to each other. 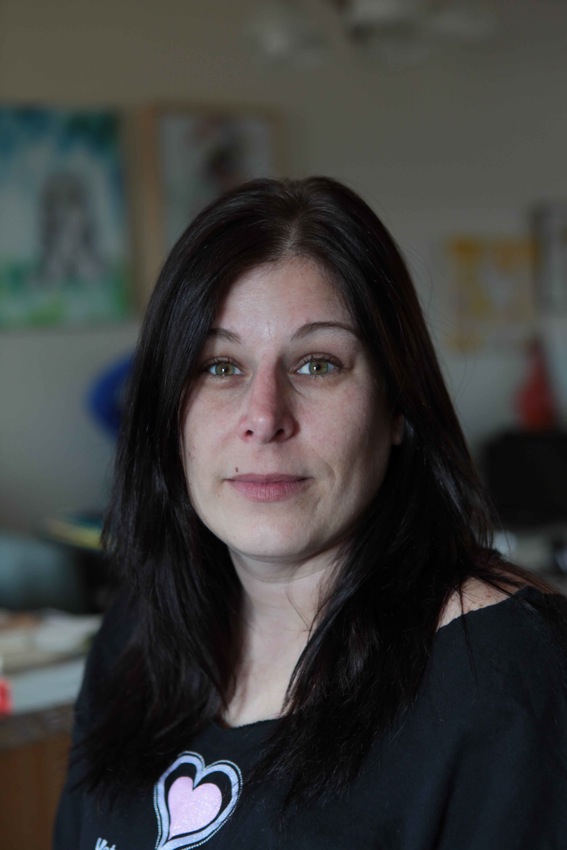 Katie Turner: friend, neighbor.
What I love about Katie is that she is always up for a spontaneous, fun adventure. Whether it be hiking Old Rag (in the wrong direction), getting turned sideways, tipped and scarred in a canoe on the Shenandoah river, midnight rides to Wendy’s, or playing real life Where’s Waldo on road trips…she showed me that positive, happy memories can be made during difficult times, even on random weekday evenings.
Just for you, Katie: Eagles suuuuck!

Jake Miller: uncle.
Jake is an electrician. One day Nanny and I took him lunch at a house he was working on. The house belonged to a photographer for National Geographic and I was totally enthralled with the quality of images all around his house. While Nanny and Jake chatted I wandered from room to room looking at the photographs. That day, I decide I wanted to do that. I wanted to take photos that mattered to people…that were memorable. If my uncle Jake had any other career, that moment may have never happened for me. 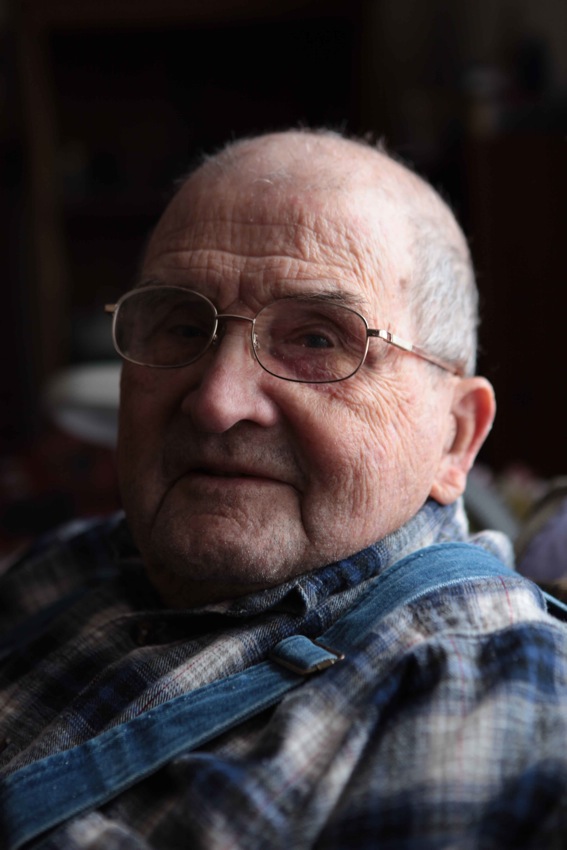 Maurice Burner: Pawpaw.
A man of few words but the shrapnel in his leg proves that he has quite a courageous story to tell. This Dale Earnhardt lovin’ father of seven is a pro at the boob-grab-photo-bomb (with his wife of course). He is earth conscious and the best farmer I know. He taught me the value of backbreaking labor with the reward of fresh produce at the end of the day.

The impact of watching that phenomenon unfold was akin to being slapped with her big ole raw bleeding heart. Not in a horrific way, but in the sense that all the little bits of Brandy I’d seen over the years were now together, in one space, at one time, as if some great secret had finally been revealed. By the time I finally composed myself long enough to look at every photo and read every caption, including mine, I was stinging with emotion. They say the human brain is the most complex object in the universe. But maybe it’s the heart. 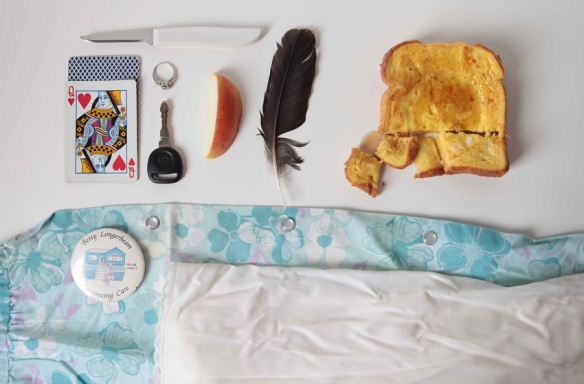 Nanny (Betty Longerbeam): best friend, grandmother. (RIP)
There’s a video of the hospital waiting room on the day my son, Blake, was born. In the video, everyone is glued to the window surrounding the nursery as Blake is carried in by his father after my cesarean. Oohing and aahing filled the clip…except for Nanny. I could hear her concerned voice asking repeatedly, “Where’s Brandy? How is she? When can we see her?” Then she proceeded to count Blake’s fingers and toes…as she always did with all newborns. When Ella was born, my Nanny at the age of 70, drove from Strasburg, Virginia to Wilmington, North Carolina to meet her the day after she was delivered. Four miles from the hospital, Nanny was in a car accident that totaled her car. She was transported to the same hospital as me and when I wheeled myself down to see her, she waited until her young doctor turned around and gave him a trademark Nanny-breast-shake behind his back. She was the youngest 70 year old I have ever met. There was never a question in my mind that my Nanny loved me. She brought me into her home when I was a fresh baby human, cared for me until she passed and provided me with a lifetime of memories. She taught me how to drive and play rummy and laugh at life.
Her birthday is April 13, and this show is dedicated to her.
Just for you, Nanny: Go buck a fuzzard.

The moral of the story is… well, there are three. One, I am inspired to somehow incorporate this concept into my life. Because at the end of the day, we all just want to know we mattered to somebody. That we’re part of someone’s timeline. Two, what might seem like a casual or chance encounter with someone could change his or her life. Handle with care. And three, you have to see this. You have to. And you still can, upstairs at the Blue Nile (which is located at 181 North Main Street in Harrisonburg) between now and April 29. You’ll see a few more portraits here on the blog tomorrow and Wednesday, but please believe me when I say YOU REALLY HAVE TO BE THERE. 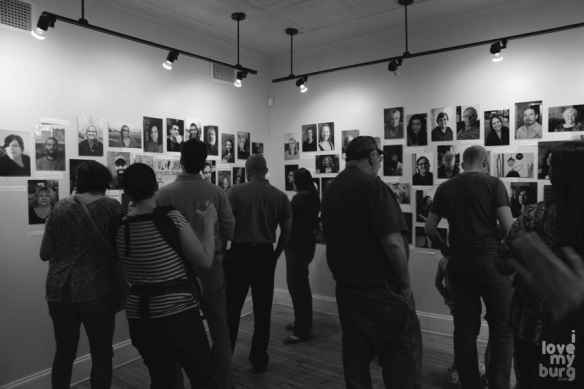 3 thoughts on “know by heart: some of my parts, blue nile.”