So, after two years, some soul searching, and a few beers, Brandy and I decided to OCCASIONALLY stretch our pens and lens beyond Harrisonburg and cover some events and places elsewhere. Mainly because there aren’t any vineyards within the city limits. Lol. And dang it, we wanna have more wine-related experiences. So I created a new category here called “A Hop and a Skip!” and that’s where I’ll file posts that are about places that are just down the road from the friendly city, places that no doubt Harrisonburgonians frequent and would appreciate. 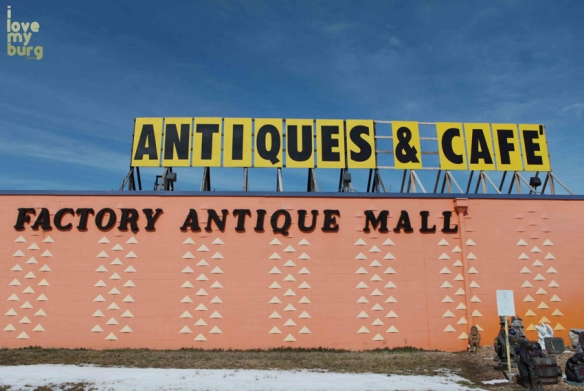 Down the road a piece, in Verona to be exact, is a magical, mystical fortress filled with ancient relics, the likes of which you’ve maybe never seen. They have several of these bizarre contraptions called “telephones.” After you gain your composure, you might dare to gaze upon the “metal lunch boxes” — like The Muppets, Dukes of Hazzard, and — eeeek! — Knight Rider!!!! 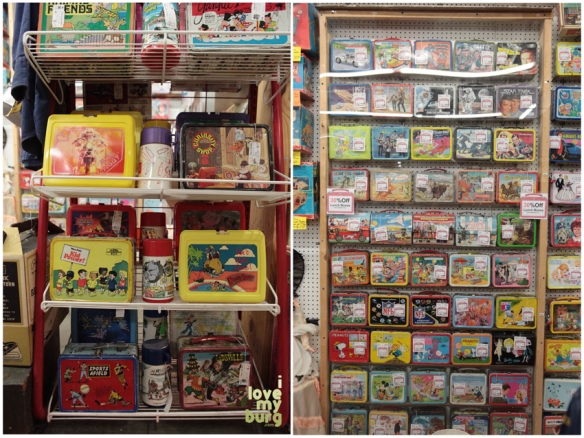 And lastly, they have these things called Laserdiscs — the very rare prehistoric ancestor of the DVD. Actually they have some 8-track tapes, too. I had a massive sense memory when I touched on of them: My friend Shannon and I once wrapped the dining room table and chairs in 8-track tape (man, I was a stupid kid) — The Muppets Soundtrack, Bay City Rollers, and Crystal Gayle, if you wanna know — and Dad was less than pleased. Brandy seemed to float on nostalgia itself, clear to another world, when she wandered into the record section. She got tangled up in there a while. 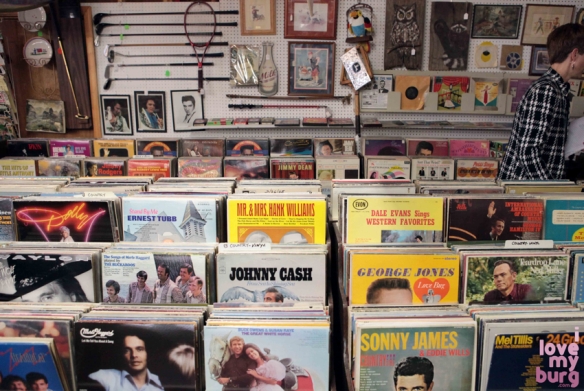 She also got hung up looking through these boxes full of old photos. Photos of people she didn’t know at all, and photos of familiar places, captured before her birth. She must have looked at 300 old, loose, curled-edge photographs. She selected like four of them to purchase.

Set up like a giant flea market, the Factory Antique Mall has hundreds of vendor “booths” — some large, some small — where collectibles of all ages and prices are sold. The only windows are at the front, and that, plus the long, intersecting walkways caused me to be pretty much lost beyond hope after the first left turn. Mind you — I was not born with an internal GPS. I can’t play Minecraft because I lose myself in my own creation. Heck, I can’t even point to the parking lot when I’m in the grocery store. So I’m not saying it’s the Factory Antique Mall’s fault if I get lost in there. It’s definitely mine. I’m just saying that if you’re directionally challenged, consider bringing a compass or harnessing yourself to your companion with one of those kid-leash things. After all, it’s the largest antique mall on the east coast at over 90,000 square feet. 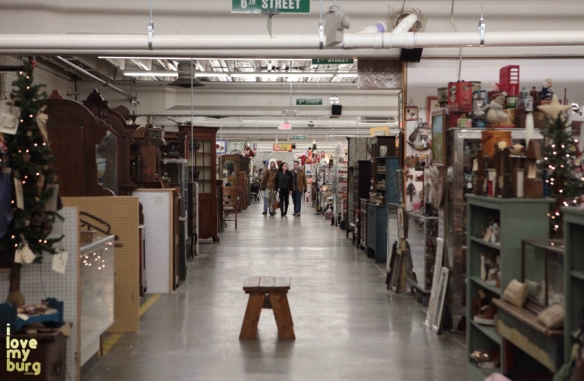 Anyway, I couldn’t possibly list all that’s in there, but they have weapons (guns, knives, swords), movies and music in all formats, tobacco pipes, old bottles and tins, masks, hats, and clothing.

They have TONS of furniture and books, and the toy section is crazy. Just crazy. On a previous trip I scored a 12″ Luke Skywalker for Bree, a 1968 Spirograph, a 1971 Battleship Game, and a pumpkin Beanie Baby for Cal. They also have Star Wars, Star Trek, and GI Joe figures, Transformers, comics, and even Beverly Hillbillies paraphernalia. Oh, and Alf.

And this wall of games. Of particular note — “Crow Shoot,” “Smurfs,” and “Mork and Mindy.” 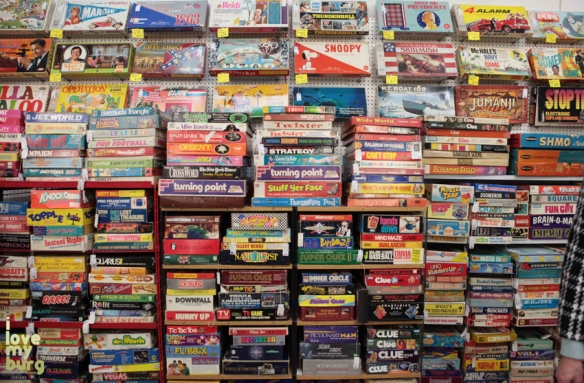 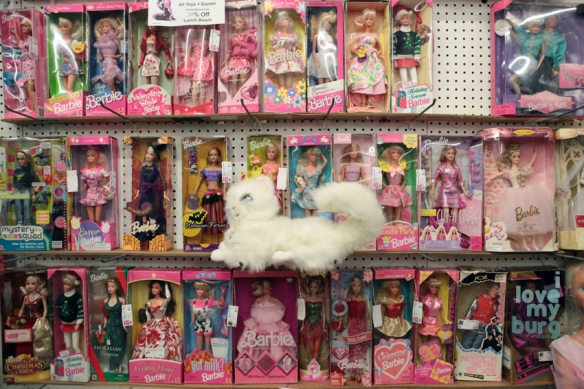 For your more adult side, there’s all sorts of sports memorabilia (Stadium Suite used to be downtown but moved in here), jewelry, Americana, lamps, dishes, crystal, holiday decor, and lots of other household items. 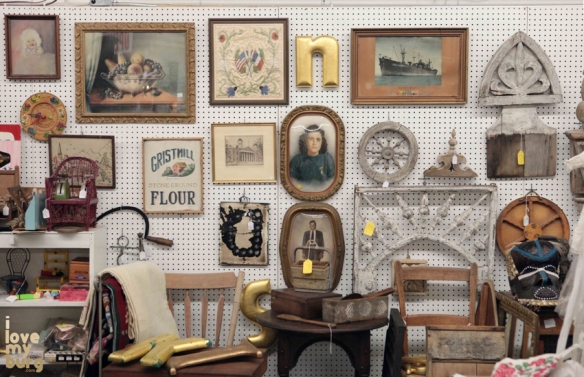 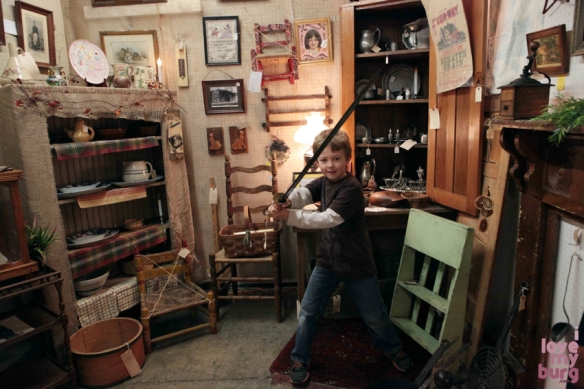 If you decide to go, wear comfortable shoes. Allow plenty of time. There’s a little cafe for re-energizing snack breaks. Don’t forget your compass. Expect to say “Wow!!” about a thousand times, and prepare yourself for the onslaught of memories and emotions that will overtake you when you see the Six-Million Dollar Man on a clock. That place is a trip. And it’s only a hop and a skip!

2 thoughts on “a hop and a skip: factory antique mall, verona.”