When I said to the kids, “Let’s go to Ten Thousand Villages today,” Cal’s brain churned behind his glassy blue eyes, and then he said, “I’m not sure we have time for all that.”

haha. I get it. I played along.

“Really? How long do you think it would take to visit ten thousand villages?”

Then Bree-the-math-whiz chimed in: “Cal — that’s five hundred villages a year. That’s more than one a day. Unless the villages are really close together, you’d never visit ten thousand in twenty years.”

“Well, I don’t know how long it will take, but I didn’t pack a suitcase!”

Oh, brother. “Kids. Ten Thousand Villages is a store downtown. We’ve been in there before. It’s across from the library. That’s where we’re going. Sheesh!”

We met Brandy, Blake, and Ella there. It’s a little store, but it contains the whole world. I feel rich every time I step in there. Not in an American–capitalist–first-world way, but in an “I’m-connected-to-the-universe” way. That someone on another continent created something by hand that I, halfway around the world in a different culture and social system and economic reality, can also relate to and appreciate is pretty cool. That’s what art does; it transmits humanity. It’s a language everyone understands. Ten Thousand Villages has been cultivating this idea in Harrisonburg for twenty years. Yep — it’s their twentieth anniversary!

The brainchild of Wendy Lederach and Cleta Gingerich, what’s now known as Ten Thousand Villages began as International Impressions in September of 1993. It was located in Town Centre behind the mall, some of you might remember. The store moved to the Shenandoah Farmer’s Market and then the Dayton Farmer’s Market before changing its name to Ten Thousand Villages, and it’s been in its downtown location since 2011. Ten Thousand Villages is a global operation with hundreds of retail locations. They’ve been around for more than sixty years and sell fair trade products from about forty countries. It’s a way for the unemployed or under-employed folks in those nations to make a fair living.

The Harrisonburg location has one executive director, three part-time employees, and several volunteers who work hard to keep overhead low and more money flowing back to the artisans who produce the merchandise sold in the store. They host Community Shopping days where a portion of their sales go directly to a selected charity. The organization has been named one of the World’s Most Ethical Companies by the Ethisphere Institute and Forbes Magazine for the sixth consecutive year, and was voted Best Downtown Shop (twice) and Best Shop That Sells Handcrafted Art (three times) by readers of the DNR! And it’s no surprise… it’s the ULTIMATE gift shop. You can find a gift for anyone in that place, and the money you spend is a gift to others. To test this theory, we asked each of the four kids with us to choose something they themselves would love to receive as a gift, and it took a good hour for everyone to decide on something. Here were their choices: 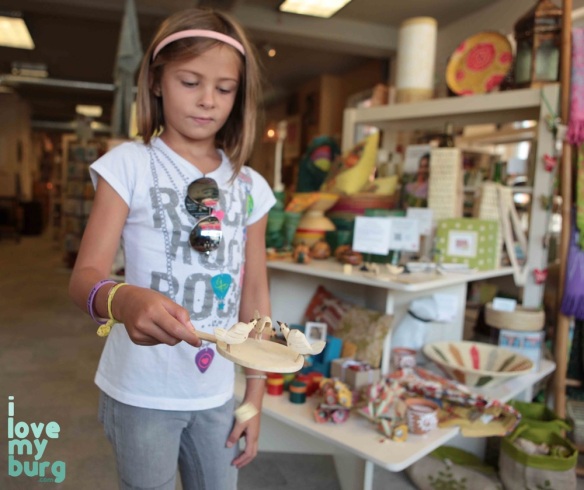 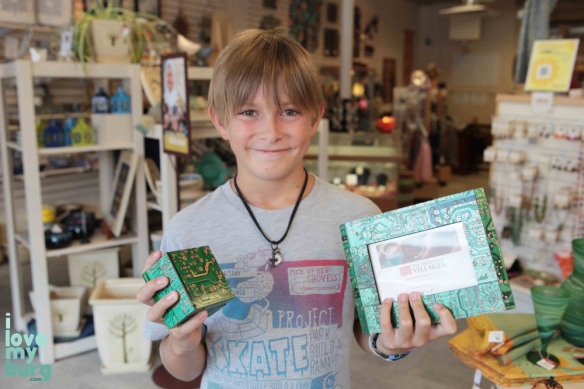 Blake: picture frame and box made of upcycled computer parts

Bree: this drum, or any of them, really

Personally, I want the recycled Coke can giraffes. And Brandy’s favorite was this cute birdie keychain! 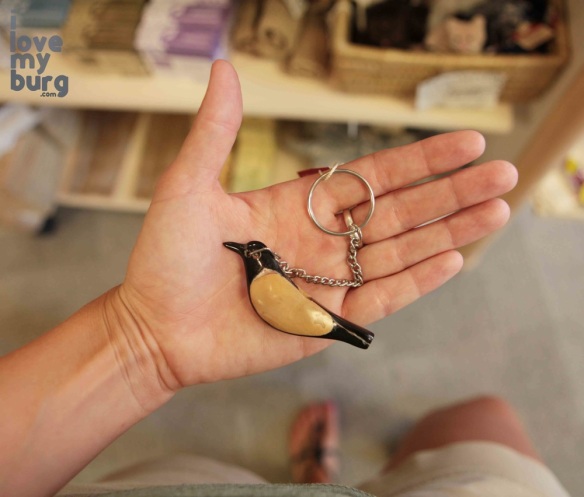 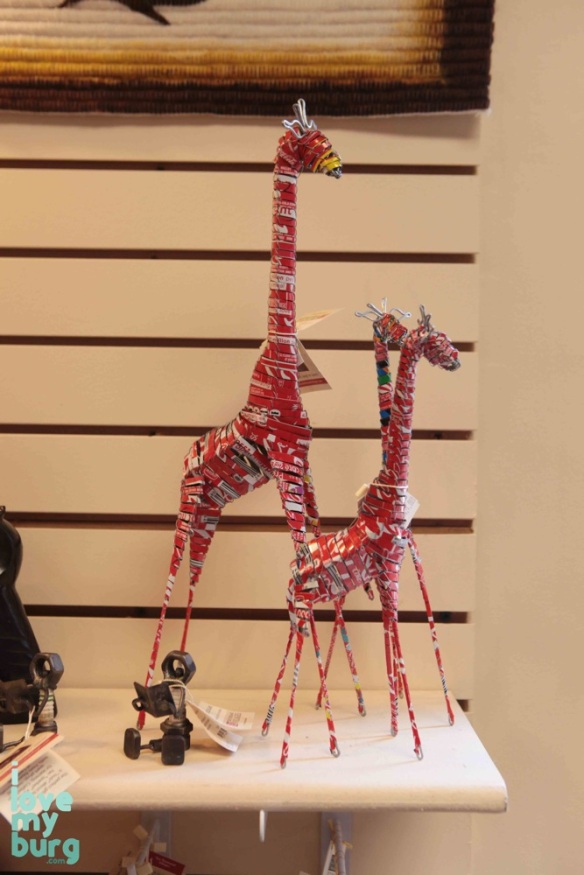 So, if you have someone to buy a gift for soon (including yourself), write yourself a little note to skip the generic stores and indulge in something unique and authentic that will make a lasting impression on the gift recipient AND the artist who made it. You’ll feel a whole lot richer. 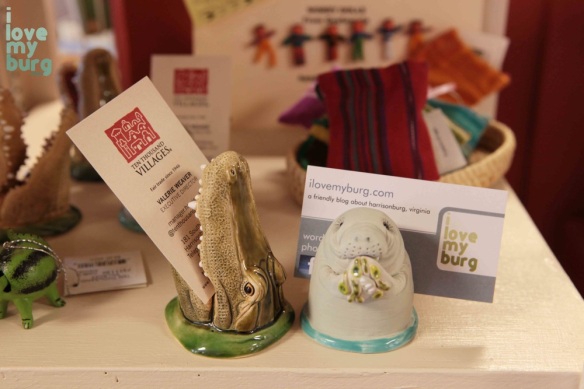